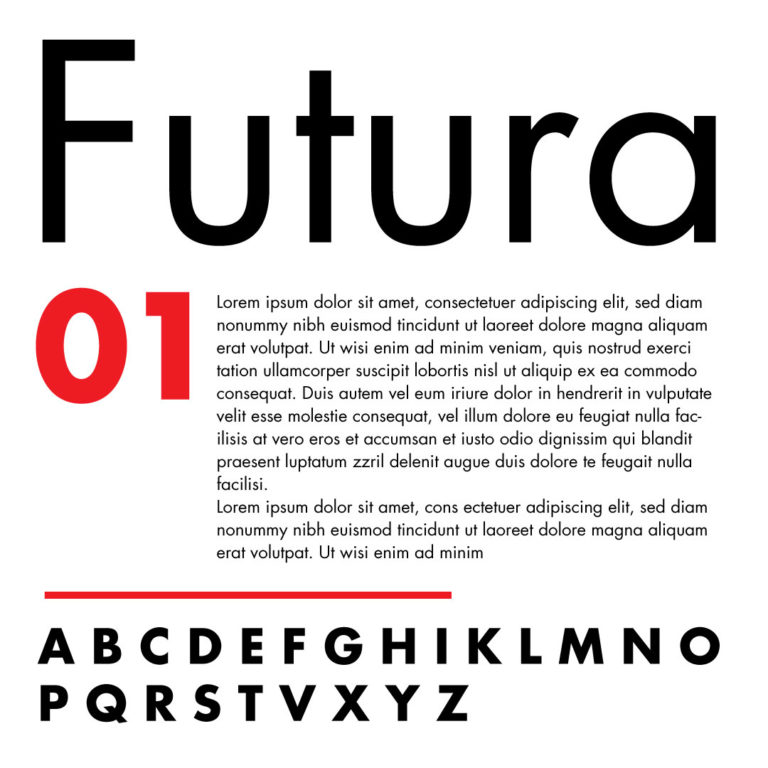 Futura was designed by Paul Renner in 1927 and was created as a contribution to the New Frankfurt project. The design is based on the simple geometries that became representative of the Bauhaus style.

Paul Renner wasn’t part of Bauhaus but he shared their beliefs regarding fonts as expressions of modernity. Renner rejected the font styles of the past, the grotesques, their narrowness and lack of a consistent system to their weights and shape forms. The design of Futura helped usher in a new Modern age and was emblematic of the era.

Futura font’s design is based entirely on simple geometric forms — triangles, squares and near-circles. The stroke weight is almost even throughout, except for on letters like the lowercase a. Futura is distinctive for its long ascenders and almost classical Roman capitals — these elements give it its stylish elegance and differentiate it from other geometric san-serifs.